I know that it is common for people to come up with a Word of the Year. They do this as a way to stay motivated or on task throughout the year; and for many people, it works. You can even take a quiz to help you come up with the word that may be "your" word. I've never done that, but I had to pick a word for the day (yesterday, actually), I'd have to pick two - Attitude and Ambition

After posting yesterday about my stack of units to trim, I decided that I don't HAVE to trim all those flying geese and HST. Nope! Instead, I GET to trim them so I can make quilts for two very special people.

Attitude! It's all about attitude.

So I changed my rotary cutter blade and I got busy trimming. 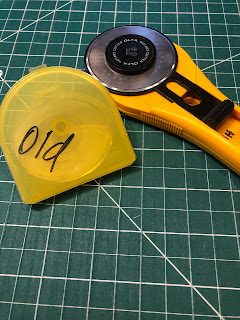 All 144 flying geese units are trimmed and put away. Yay! Now I get to work on other projects until the next clue is released.

Yesterday, I said that I am not totally convinced that I chose the right fabrics for the blue/navy and red/dark red combinations, but after these flying geese were pressed and trimmed, I'm thinking that they aren't so bad. 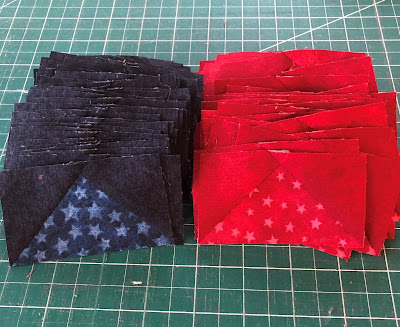 Yep! I do like how these flying geese units trim up so nicely. This no waste/four at a time method is easy, efficient and accurate. Here's a sampling of the two different sizes we've made for the mystery. 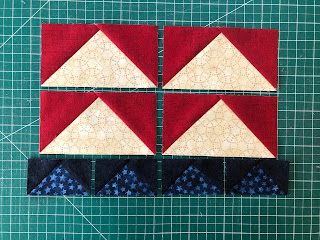 I was feeling a bit AMBITIOUS, so after returning home from taking my husband to physical therapy, I decided to tackle trimming the HST I need to make for two other projects. Not only did they get trimmed, but the pinwheel blocks got sewn too. I need to press these, but I'm very happy! 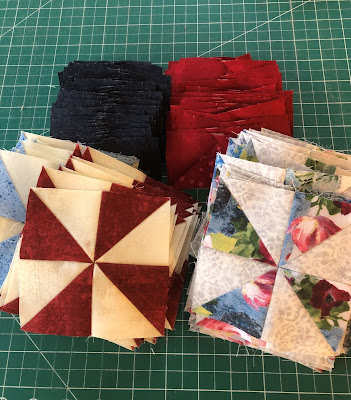 If the picture above doesn't show that I was productive, maybe this one will. 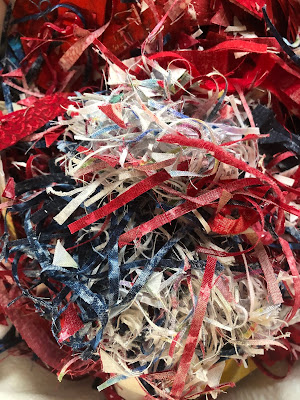 It was a good day and now I GET to work on other projects without guilt. :-)
Posted by Joanne at 5:05 PM

Those flying geese are beautiful! I love the no-waste method, that's the only one that works for me...any other method and my FG are all wonky! And that trimmings pile is so fun to look at :-)

Attitude does make a difference. You really got a lot accomplished