My Happy Place plus Peppered Cottons

I will be the first to admit that I am in My Happy Place anywhere there is fabric. Of course, having grandkids around and being able to fondle said fabric is even better. Over the past few days, I've had the best of both worlds! 😂

We've had the pleasure of having both sets of grandkids with us and although it's tiring, it's wonderful. They love the outdoors, the love to help Grandpa Jack make bread or do anything in the kitchen (even wash dishes!), and they love to help me play with fabric.

Now that they are gone, I've had the opportunity to start cutting out some projects and I'm thrilled to be working with my new favorite solids - Peppered Cottons and  Studio E's fabulous My Happy Place collection.

I've got the first project all cut out and ready to press and sew, and sew, and sew. I love these grey fabrics and think the Surf Peppered Cotton is perfect with it! I can't wait to finish this! 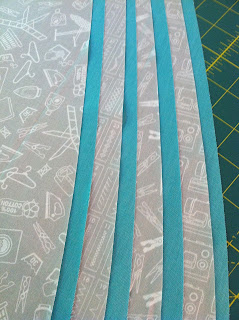 I decided to go ahead and cut my next project too. That way I can be using this as a leader/ender project and get a head start on it. I love doing that! 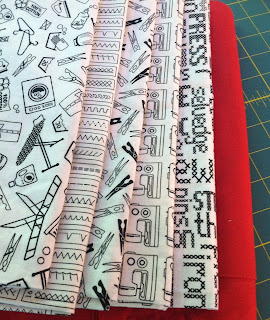 Stay tuned for updates, and I hope you get to spend time in
YOUR Happy Place...😃

Hiatus is Over - Two Special Quilts

My blogging hiatus is over!
YAY!!

I've been kind of crazy the last few weeks finishing up deadline projects, teaching umbrellas classes out of town, and playing with ideas for some new fabric I was given. (More on that tomorrow!)

But, even with the hectic schedule, I could not say "NO" when I was asked about making a special quilt very quickly. A friend from Indiana called me yesterday and said that her son-in-law's cancer has returned with a vengeance, and that they have called in hospice to help. Tim is just 48 years old and has two daughters, ages 13 and 14.

I need to give a little back story here. I met Christine at a Keep American Beautiful workshop many years ago and we've stayed in touch by phone, e-mail, and text every since. As a matter of fact, we've not seen each other face to face in almost 20 years, but that doesn't really matter. We've shared many happy times over those years; and there have been many sad times as well. Christine provided an listening ear when I was going through my divorce, but she also cheered with joy when I married Jack. We've shared the birth of grandchildren and watching them grow through lots of e-mailed, and now texted pictures. (Oh, how I'm so happy for today's technology.)

And now that these two girls are in the midst of losing their dad, Christine has asked if I could make a quilt for them similar to the one I made their parents almost 15 years ago. (I wish I had always taken pictures of the quilts I make but I didn't start doing that in earnest until about ten years ago.) That quilt was very bright and colorful and had all the colors of the rainbow in it. It was basically just long, colorful rows sewn together with a border added to make it large enough for a bed.  I made the quilt in celebration of passing the six month mark in their fifth try at having a baby. They were so excited and said that they were "over the rainbow," so I thought that was a perfect quilt for them, and for the occasion. I made baby quilts that were just smaller versions of the original one when each girl was born. They were simple, but adorable!

I know they used that original quilt over the years because I saw it in many pictures, and I even replaced the binding once. Christine said that Tim uses that quilt now because it brings back such happy memories and it makes him smile. So... of course I'm making another quilt. Actually, I'm making two quilts - one for each girl.

They are going to be bright and colorful and they will be very similar to not only the original, but to each other's as well. These girls are very close! They share just about everything - clothes, shoes, etc., and even do it without much fighting. (That's kind of hard to imagine because I remember fighting with my sisters about clothing; and I sure remember my daughters fighting too.) But, I do not want them to share a quilt now. I want them each to have their own.

The stash search was on to find enough of any fabrics to use for these special quilts. I didn't have to look far before I found exactly what I wanted to use. Remember my winnings from the American Honor Contest? The Sumatra Batiks II Design Rolls are bright, colorful, and perfect for what I wanted to do!

Since I want to get these done and in the mail by early next week, I'm going simple. I've completed one quilt that is just sewing the short edges of the strips together using a diagonal seam. I love that many of the strips are repeated because it creates a bigger punch of color in various spots throughout the quilt. I took the strips right from the roll and didn't change any order at all. As is, this measures 55" x 65" and I think that's a good size. (I'll get a better picture of this when I can take it outside.) 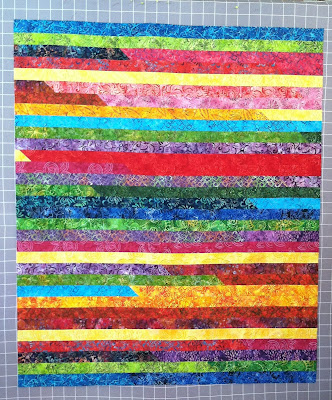 I'm going to do the same thing for the second quilt, but then do a bit of slicing and dicing and add some extra strips. Hopefully that will be done tomorrow, but most likely it won't happen until Saturday. I may change up this first quilt as well, but we'll see.

Thank you Blank Quilting! This fabric is perfect and I am confident that it will help these two young ladies as they process through this difficult journey ahead of them.

FYI - I've not written his post to receive accolades for making these quilts. No, I've written it to publicly thank Blank Quilting and to ask those of you who are inclined to do so, please keep Tim, Julie, Christine, and the two girls in your thoughts and prayers. Thank you!
Posted by Joanne at 5:00 PM 3 comments:

It's been a couple of weeks, but I have something to show. Yay! 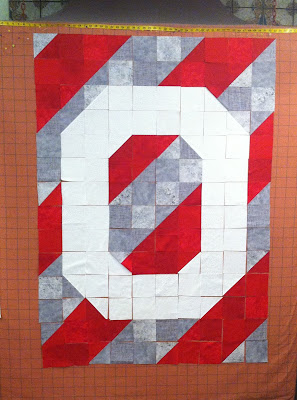 This OSU quilt has some applique, but that shouldn't take long. I hope to complete this top mid-week and continue on my voyage to get caught up.

This pattern is called OSU Champions and is by Rita Fischel. It's pretty easy and I love the fact that I used stash to create this. Go Buckeyes!

I'll update you with pictures of our Sister's Weekend, which was fun as usual.

Check out what everyone else has on their design wall.