I've been quite bad at posting lately, but in my defense, I have been very busy.

In my last post, I shared some sneak peeks of a secret sewing project that I was quilting. It's all done and I can now share it. 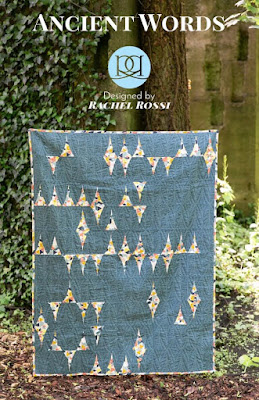 I think this is such a unique quilt and was thrilled when I saw the invite to test the pattern. As with most of her patterns, Rachel has provided multiple size options with the pattern; but based on my schedule, I knew that making the baby size was the best choice for me. 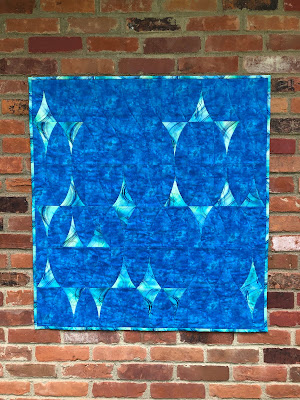 There are a multitude of different layout options with this quilt and I played quite a while before deciding on this one.

There are special templates used to make this quilt and they are wonderful!

The Shorthand Templates are available in Rachel's shop. (There is a free pattern to go along with the templates and I think it's really neat!) 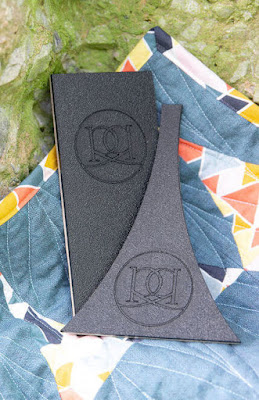 I love taking photos from a side angle! I think it often shows the quilting so much better, as well as the overall design. 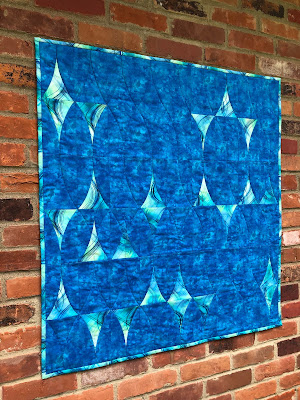 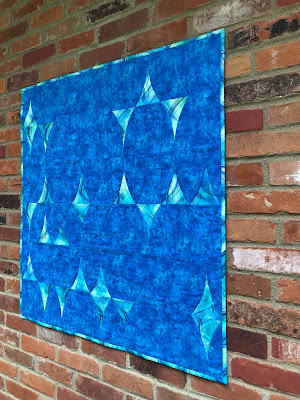 While taking these pictures, my granddaughter thought that the top right looks like a turtle. I didn't see it until after I pulled up the pictures on the computer. 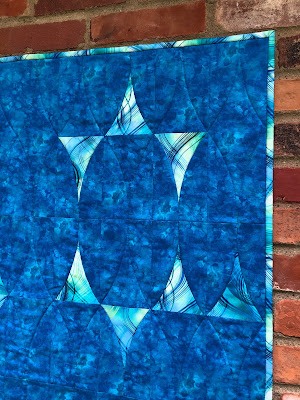 The quilting design was pretty simple and straight forward. 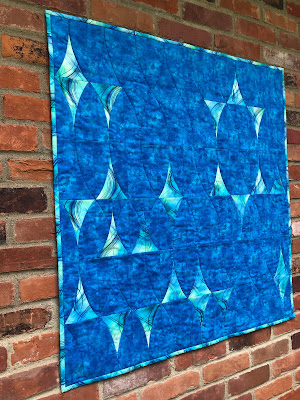 Another pattern tester used the templates to create her quilting design and as much as I tried, I couldn't come up with anything that I liked better. :-) This isn't the greatest pictures, but I think you can see the quilting pretty well. 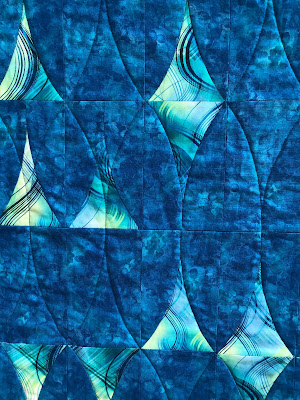 I wasn't sure about my fabric choices during the early stages of constructing this quilt. I was worried that there wasn't enough contrast, but I stayed with it and am glad I did.

During the time I worried about my fabric choices, I decided that I needed a Plan B, just in case the original fabrics didn't work. I played with some fabric scraps that I had from making a t-shirt quilt and liked how they looked, so I made a bunch more. (After making a few more of the original blocks, I decided that the fabrics would be ok, so I stuck with those for the test.) I have a nice pile of Plan B blocks waiting to be put together. :-) 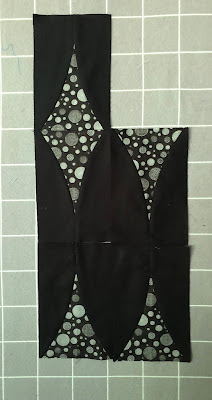 While I was making the Plan B blocks, I got to thinking that it would look really cool to add a small flange to the inside of the blocks. 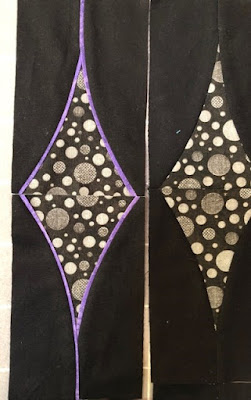 I really liked the result so after I finished the original quilt, I started making these as a leader/ender project. (Yes, the blocks without the flange got set aside, but I will do something with them soon.)

Using all the fabric I had left, I was able to make a decent size wall hanging with the flanged blocks. It's already quilted; and I've machine stitched the binding down and am ready to flip it to the back and stitch it down. I'll take pictures when that's done and share them here. :-)
Posted by Joanne at 1:00 AM No comments: