I miss them every day! 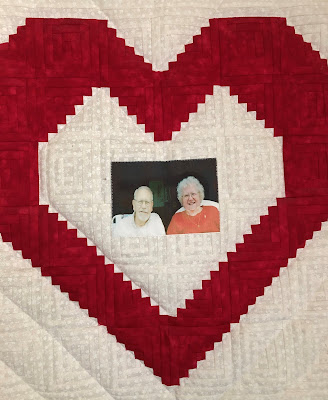 Email ThisBlogThis!Share to TwitterShare to FacebookShare to Pinterest
Labels: Mom and Dad

There is often confusion on the various days that honor the men and women of the military. Here is a brief explanation of Memorial Day and its history.

Memorial Day, traditionally observed on May 30th, but now officially observed on the last Monday of May, is the day on which those who died in active military service are remembered. 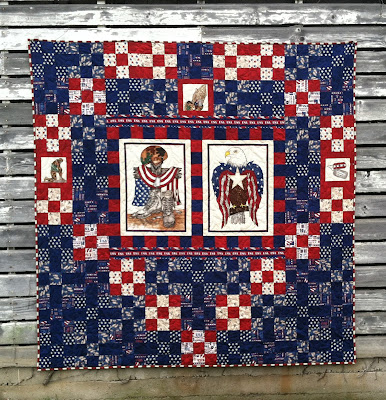 Originally known as Decoration Day, the holiday started in the years following the Civil War. (The Civil War claimed more lives than any conflict in US history and resulted in the establishment of the first national cemeteries.) Soon after the war, many towns and cities across the country began holding tributes each Spring to honor those who had perished in the war. Their graves were cleaned of Winter debris and decorated with flowers. Picnics were often held at the gravesite and prayers were said.

Gen. John A. Logan (leader of a Northern Civil War veterans group), is often attributed with being the organizer of the first Decoration Day. On May 5, 1868, he called for a nationwide day of remembrance to take place later that month. He proclaimed, "The 30th of May, 1868, is designated for the purpose of strewing the flowers, or otherwise decorating the graves of comrades who died in defence of their country during the late rebellion, and whose bodies now lie in almost every city, village, and hamlet churchyard in the land." He chose May 30th because it was not the anniversary of any particular battle or event during the war.

The tradition continued and by 1890, every Northern state had made Decoration Day an official state holiday. On the other hand, while Southern states honored their dead in a similar way, it was done on a different day. Even today, Florida, Alabama, Georgia, and Mississippi celebrate Confederate Memorial Day at the end of April, while parts of South Carolina celebrate it in the middle of May.

Memorial Day (Decoration Day) originally honored only those lost while fighting in the Civil War. But during WWI, the holiday evolved to commemorate all American soldiers who died in all wars. 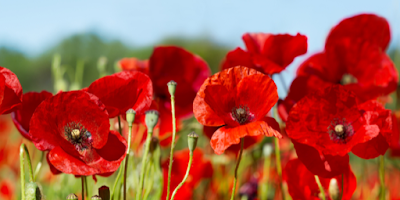 After WWI, the red poppy became associated with Memorial Day and many people continue to wear one during the day's events. The poppy association started with a poem written by John McCrae, a surgeon who was struck by the sight of the red flowers (they are actually classified as weeds), growing on a ravaged battlefield.

BY JOHN MCCRAE
In Flanders fields the poppies blow
Between the crosses, row on row,
That mark our place; and in the sky
The larks, still bravely singing, fly
Scarce heard amid the guns below.

We are the Dead. Short days ago
We lived, felt dawn, saw sunset glow,
Loved and were loved, and now we lie,
In Flanders fields.

Take up our quarrel with the foe:
To you from failing hands we throw
The torch; be yours to hold it high.
If ye break faith with us who die
We shall not sleep, though poppies grow
In Flanders fields. 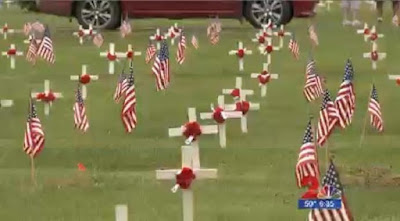 Memorial Day became a federal holiday in 1971.
Typically for many Americans, Memorial Day is observed by visiting cemeteries, holding family gatherings, and participating in parades. It is also often thought of as the unofficial beginning of summer.

As my Memorial Day tribute, below are a few of the quilts I made using
American Honor fabric, by Tana Mueller for Blank Quilting 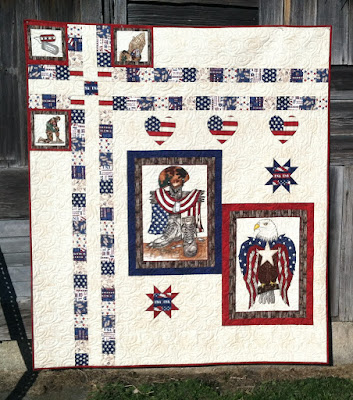 There is no way for us to repay you for all you did and the sacrifices you made.
Thank you seems such a shallow thing to say, but since there are no other words, Thank you and know that I am forever in your debt.

You are the heart and soul of our nation.
I will hold you in my heart forever and never forget your sacrifice. 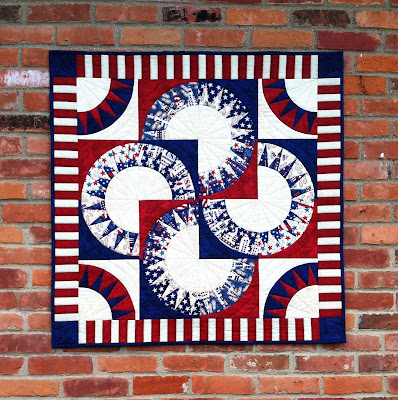 Because of you, I have freedoms that are not enjoyed my many others. I know that freedom is not free and that you paid the ultimate price to ensure that freedom does ring for me.

Memorial Day, 2020 is different for most of us.

There are no parades or picnics to attend.

Let's not dwell on what we can not or are not doing today.

Instead, let's take this time to remember the reason for this day.

Let's remember those who have made the ultimate sacrifice so we can enjoy today and look forward to tomorrow.
Posted by Joanne at 10:43 AM 1 comment:

I received a package in the mail the other day... a new secret sewing project! 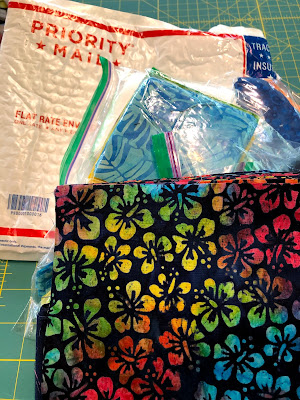 Just to tease you, this is the border fabric, and it's also used in the center of the blocks.

I'm in the process of reading the pattern and organizing the fabrics, which are both awesome by the way. I'm excited about this, and can't wait to start sewing. This is going to be fun!

Stay tuned for updates.
Posted by Joanne at 1:32 PM 2 comments:

I love the color aqua!
I find it calming, yet exciting at the same time.

I was thrilled when I received a package from Myra at Busy Hands Quilts and saw a wonderful variety of aqua fabrics. I knew that they would result in an beautifully awesome quilt.

Let me introduce you to 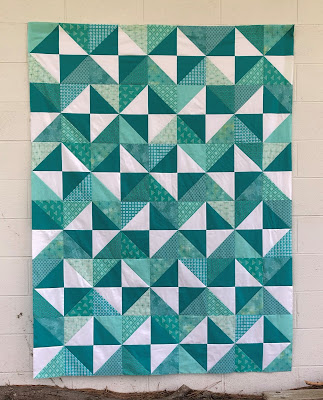 Myra has finished the pattern and it's scheduled to be released today. WooHoo!

If you have never used on of Myra's patterns before, let me tell you that you are in for a treat. Her illustrations are spot on ande very easy to follow. Her instructions are clearly written and so easy to understand that even a novice will have success. Oh, and the fact that most, if not all of her patterns are written to include multiple size options is a real joy for those of you that don't enjoy math - even quilt math.  :-)

Here's a picture from Myra of the completed quilt.
I love the whirlwind quilting she did!

I have to laugh when I think about taking these pictures. The wind decided to kick up and have the quilt live up to its name. 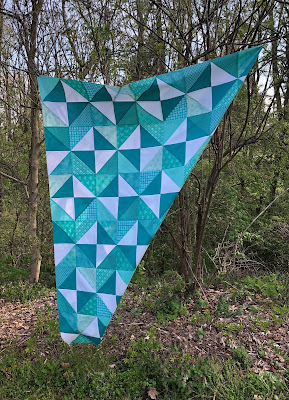 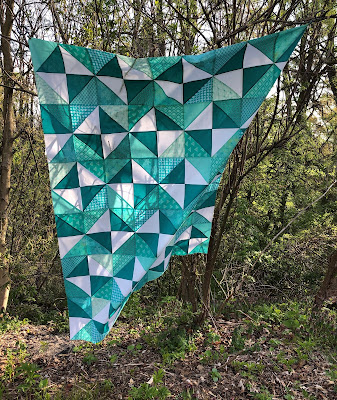 And just because I like it, I always take pictures of the quilts from side angles. 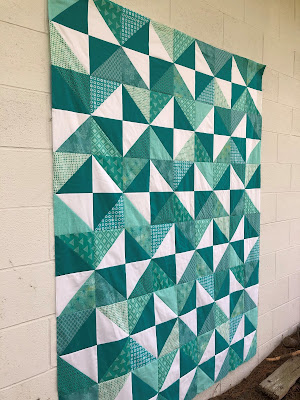 I think this may be my favorite picture. You can see those wonderful fabrics and the chevron they create. 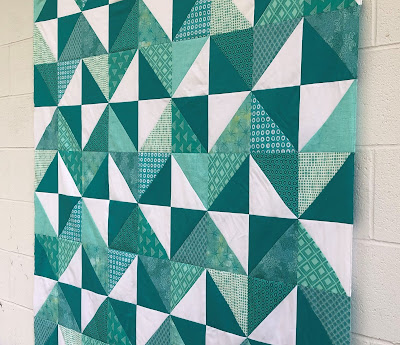 You can grab your copy at Busy Hands Quilts.
While you are there, sign up for her newsletter. When you do, you'll receive a free pattern which will most definitely whet your appetite to try other patterns.
Posted by Joanne at 2:55 PM 2 comments: 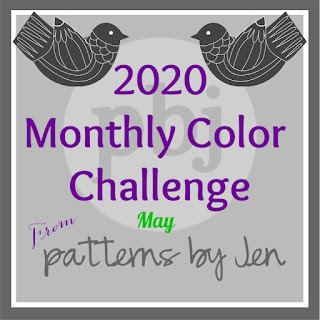 This month's color is green and the bird is the Budgerigar

For the pattern and block instructions, head on over to
Jen's blog - Patterns by Jen 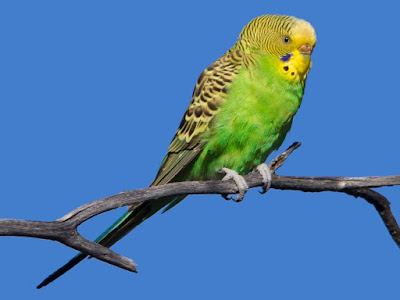 This is a beautiful bird that lives in the inland of Australia. It's basically nomadic and moves around looking for wherever food and water is available. (Gee, that sounds about what I have been doing the last few weeks - going back and forth to the kitchen, looking for food and drink.  😅  Unfortunately, I don't look near as pretty as this bird.)

These birds typically travel together in small groups, but they have been known to join together in very large flocks to travel.
When that happens, it can be quite a sight to see and hear.
Click HERE to listen to a single Budgerigar, as well as a flock of them.
I think it's a very pretty sound.

Speaking of pretty, look at the close up of these two! 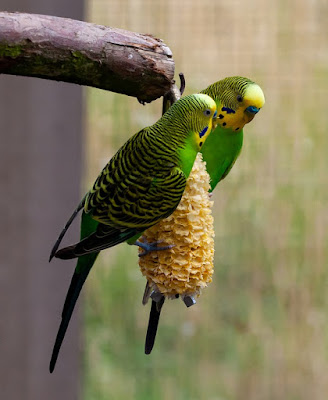 This bird is beautiful and I can see quilt colors in it - green, black, yellow, blue, and teal. This is a good reminder that when I get stuck while choosing fabrics and colors, all I need to do is take a break and just look to nature.

I like green - all variations of the color - and use it often in my quilts.

Here's my latest - Peaks and Valleys, a pattern by Tamarinis. (Tammy is one of the bloggers this month. How cool is that?!)
The green is very close to the green on these birds.
Click HERE for more pictures of this quilt. 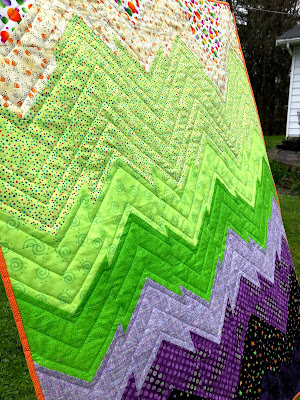 Here's my Wayward Transparency Quilt - a Quilting Jetgirl pattern. It may not be the same green, but it's one of my favorite quilts so I had to show it. 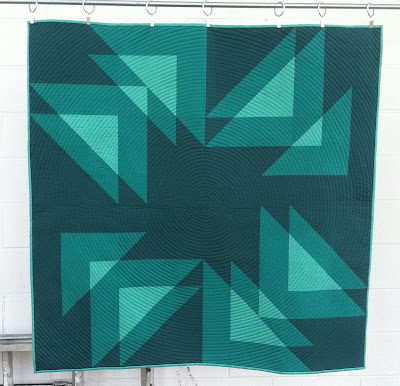 I've used a variety of greens in some of the Hoop Quilts that I've made. 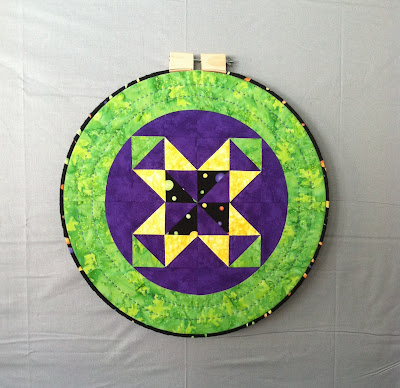 There are quite a few more, including Christmas quilts, but it time to get back to the Color Challenge blocks.  :-) 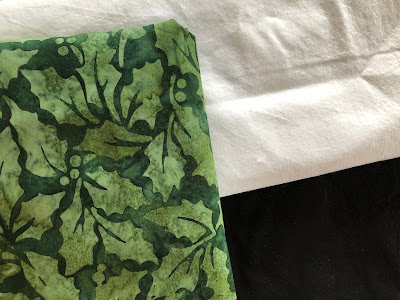 Yep! That's a Christmas batik that I'm using, but I knew that it would be ok because of the sizes that the pieces are cut. It was exactly what I wanted, and just like all the other batiks I'm using, I bought it when I was in FL last Dec. attending a workshop at
Once Upon a Quilt.

I was thinking about that shop the other day when it was raining here. I was reminded of how bright and beautiful everything was there, even in Dec. The beauty from outside continued inside the shop too - so many colors and fabrics!
Look at these beautiful batiks...

And that bottom shelf is full of green fabric...

Sorry - as you can tell, I'm easily distracted when it comes to fabric... 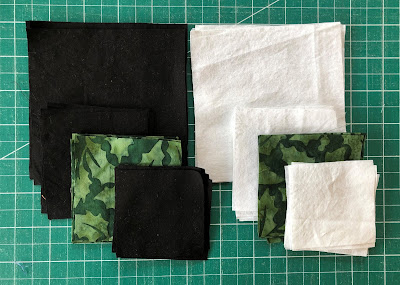 My sewn units, ready to be made into blocks 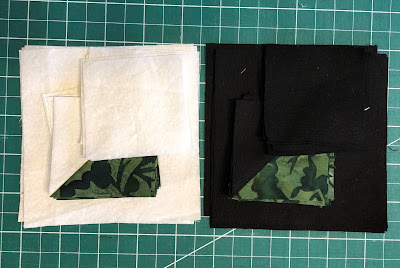 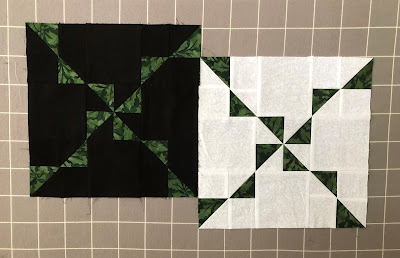 See what I mean about the Christmas fabric working ok?
I REALLY like this block! The chain effect that is created is so different and fun. I think I'm going to use this in another quilt in which I'm trying to decide what to use for the alternate block.

Go to Jen's Blog to get this month's block instructions. While you're there, be sure to check out our sponsors and all the awesome prizes available.

And you certainly don't want to miss out on the other bloggers participating this month. I love seeing all the different fabrics people are using. It's such great inspiration for future projects.