It's the first, and that means that it's time for the new 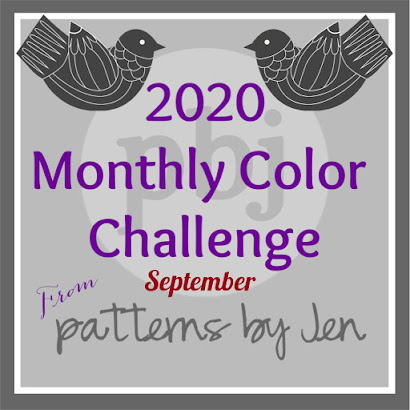 It's Color Challenge Time again!
This month's color is Cinnamon,
and the bird is the Cinnamon Teal
For the pattern and block instructions,
head on over to
Jen's Blog - Patterns by Jen
The Cinnamon Teal is a species of duck found in western North and South America. It is a small dabbling duck, with bright reddish plumage on the male and duller brown plumage on the female. It lives in marshes and ponds, and feeds mostly on plants. Both the male and female have a pretty sizeable head and a long bill.
As you can see in the picture above, the adult male has a cinnamon-red head and body and a brown back. His bill is long and black, and he has striking red eyes.
The adult female has a mottled brown body, pale brown head, brown eyes, and a grey bill. Interestingly, young and non-breeding males have similar coloring as the female, but their eyes are red. All adults have a sky-blue patch visible when their wing is open.
Cinnamon Teal dabble on aquatic plants in shallow water areas, especially rush seeds, pondweed seeds and leaves and salt grass seeds. They also feed on animal food, especially aquatic insects and mollusks. So basically, they are vegetarian with an occasional insect or two eaten.
Much like I'd like to do, nearly all Cinnamon Teal winter in Mexico and Central America.
Click HERE to listen the the Cinnamon Teal.
Be sure to listen to both the male and female sounds. They are quite different.
What symbolism is associated with the color Cinnamon?
That is quite interesting because throughout much of history there has been a bit of a contradiction regarding the color. Because the color is associated with the spice of the same name (a spice that was highly prized in ancient Egypt, Greece, and Rome and often given as a gift for monarchs), the color cinnamon was looked upon with high regard. But if the color was separated from the spice, it was often associated with poverty and humility because of the brown clothing worn by the lower class in ancient Rome and Catholic monks during the Middle Ages.
In recent years, the various shades of brown have been associated with nature and thus represent strength, stability, sincerity, loyalty, and honesty.  While brown and most of its shades are often listed as a "least favorite color" by many people, it is often considered to be a neutral in the art and decorating work. Cinnamon can be paired with most shades of brown, and looks fresh next to cream or crisp white. It looks amazing when paired with other earthy shades like burnt orange, deep red, maroon, soft blue, and olive green. 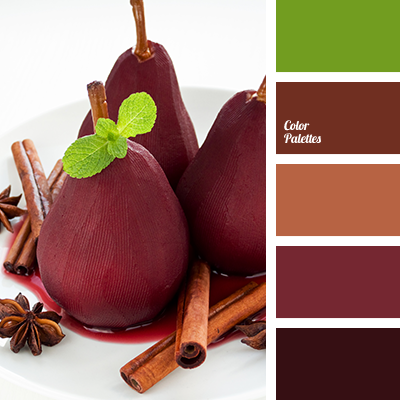 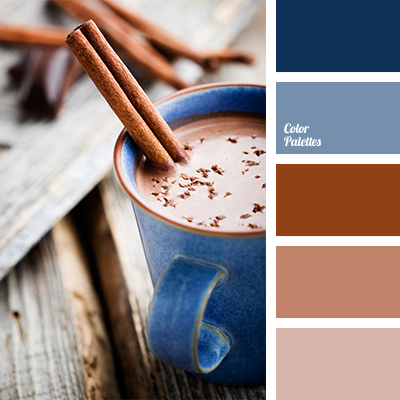 Searching the internet for these colors has made me want to do some redecorating/repainting. I know myself enough to realize that will most likely not happen anytime soon, so I'll do what I do best. I'll use them in a quilt or two. If nothing else, this color challenge has made me become smitten with some new color ideas! :-)
Speaking of quilts, I have used various shades of brown over the years, including cinnamon.

The cinnamon that I used this month was purchased at Once Upon a Quilt in Ft. Lauderdale. To be honest, this was the color with which I had the most challenging time picking. I'm sure the staff thought I was crazy when I kept asking their opinions of fabrics based on the names of a bird,and then I threw in a spice! If they did think I was crazy, they certainly didn't show it. For that, I am thankful.. 😘
I liked this fabric, so I bought much more than what I needed for this project. Imagine that! 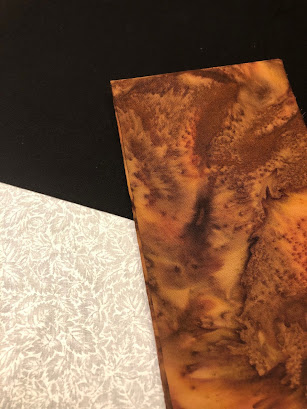 The pieces are cut and ready to sew. 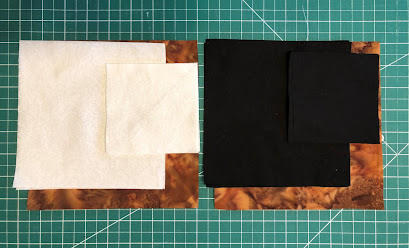 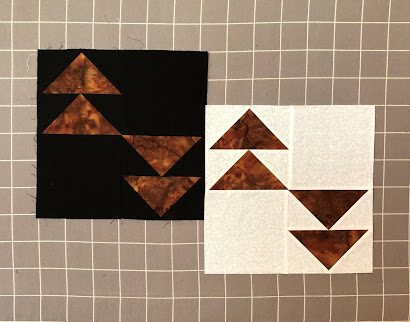