Can You Say Obsession?

I think I may have an obsession! (Ok, you can quit laughing now.) 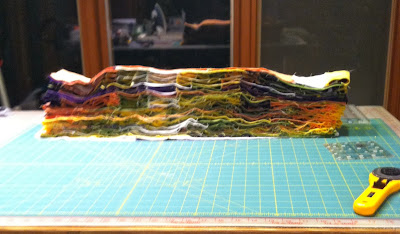 to this (all rows sewn together and neatly folded)... in less than a week 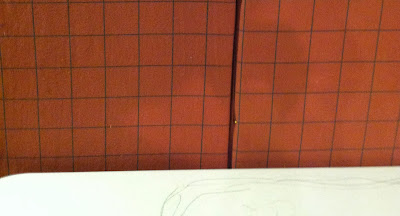 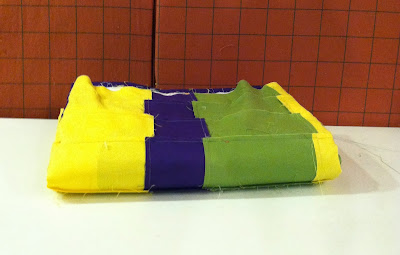 ﻿
A bit of the backstory here...Right around Thanksgiving,  I signed up for the Wake Up To Kona! blog hop. I thought that participating in this hop would give me a good swift kick to begin working on a pattern that I've had since winning it way back in August of 2012. While reading one of the blogs that I follow, I became enchanted with the pattern and had wanted to participate in the Quilt Along that was scheduled to help promote the pattern. I started thinking about colors, fabric, etc. and then WHAM! something else took my attention. (Imagine that!)

I did get so far as to buying fabric and I even labeled them so I wouldn't get confused as to which one was being used where in the quilt. The fabric and pattern were nicely folded and put into a project bag, just waiting for me to get started. I always knew where that "kit" was and often pulled it out to look at it, but I could never bring myself to start cutting the fabric, let alone begin to sew.

Fast forward to late November and me signing up for the blog hop. I knew that this was the project on which I wanted to work. That was until I realized that I had decided to make the large quilt (99" x 117") and that there was no way I was going to get it done in time. Heck, I was still teaching and there were quilts to be quilted, Christmas stuff to do, etc. I swallowed the reality pill and came up with Plan B.

I finished Plan B and figured that I would at least begin cutting the fabric for this pattern. Well, once everything was cut, I figured that I might as well do a bit of piecing. What could it hurt? The worst case scenario is that I ended up with another UFO.  :-)

Well, I started sewing the strips for this quilt last week and tonight I finished the quilt top. WOW! I love how it turned out and can't wait to show you.

Email ThisBlogThis!Share to TwitterShare to FacebookShare to Pinterest
Labels: Wake Up to Kona!

As my GrGran use to say "When you roll down hill - you gain speed". What an acheivement for sure- that's one big quilt and can't wait to see.

LOL loved your post and I think you're just fine just the way you are. Your line of attack fits in nicely with a popular saying of mine, How do you eat an elephant? One bite at a time.

Can't wait to see what it looks like. Jane