T﻿onight I had the honor of being with some really wonderful people! I was part of the Honor Flight of Northwest Ohio's celebration of the return from the day in Washington, D.C.  Jack and I attended the event and we only took a few photos, but I'll be receiving some from a friend who was there taking pictures. All I can say is that it was such an honor to be part of this.
Check out all the quilts that were given to the veterans tonight!
﻿

Here we are anxiously awaiting the plane's arrival. 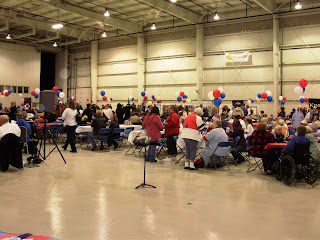 And here is the Genoa, OH American Legion ﻿Band. They entertained us while we were waiting and then played wonderful music for the veterans. 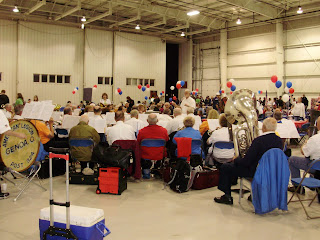 Later, I'll post a couple of pictures we have of me handing out some of the quilts. I know I said it before but this truly was an honor for me!