I know it's December 19th and most of you have probably had your Christmas tree and other decorations up for weeks.

Not me. I've been quite busy and just have not gotten around to doing it. Besides, tomorrow is Jack's birthday and I think it's nice to not decorate before his birthday so it doesn't "get lost" in the holiday confusion. (Ok, so maybe that would have been an excuse when he was a child, but since he'll be 77 tomorrow, I'm kind of stretching that one.)

Also, we leave our decorations up until January 6th, the Day of the Kings, so it's not like they're only up for a week. (Again, that's my story and I'm sticking to it!)

I did put the Christmas quilt on our bed almost two weeks ago so I'm counting that has having done some decorating. Gee, I almost feel better about being a lazy decorator.  Almost! 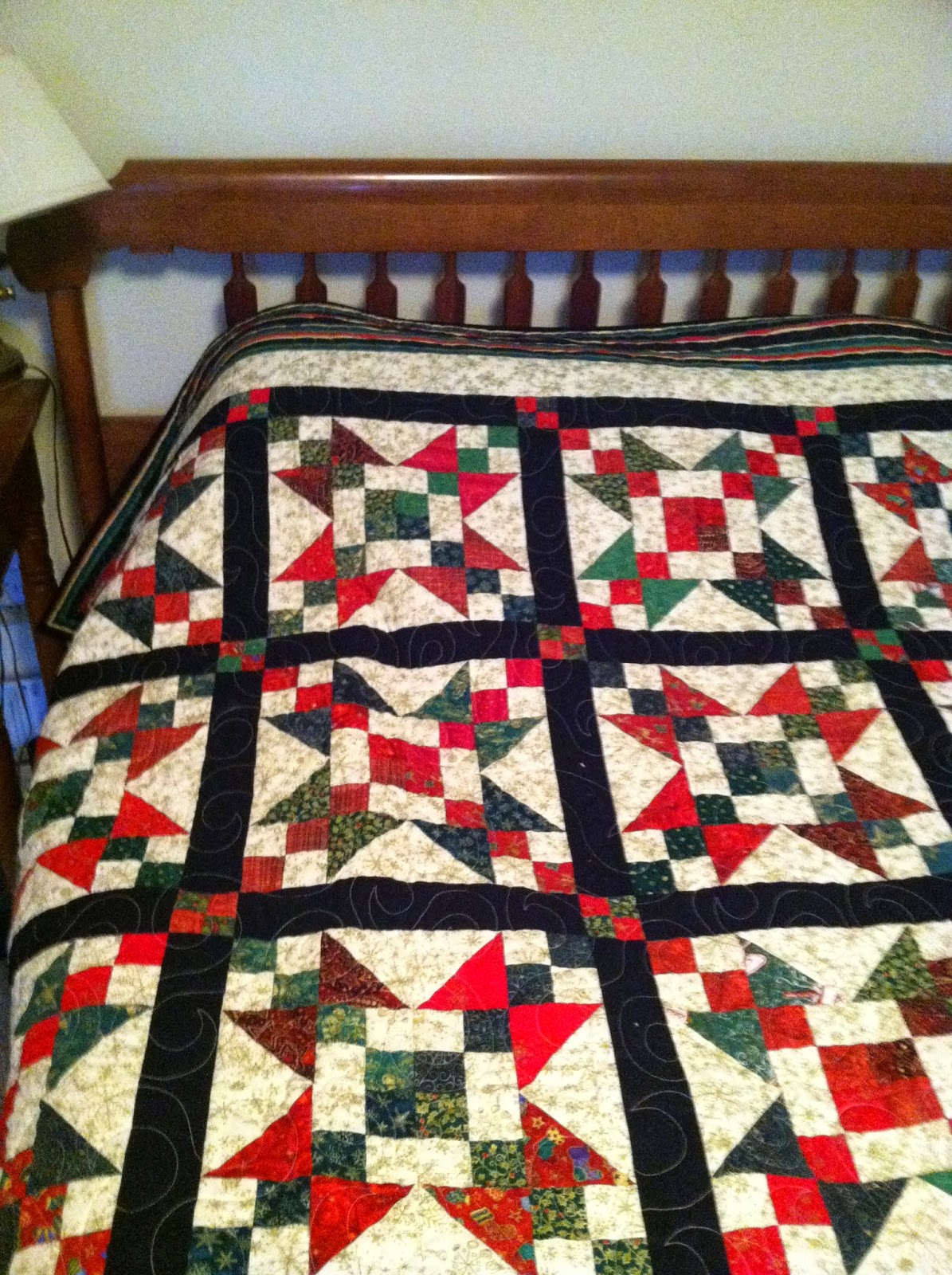 If anyone is free and wants to stop over to put up the tree and hang quilts, I'll provide the coffee and Mannheim Steamroller music. I may have some extra cookies too. They won't be the pretty ones, though. They'll be the ones left over after the orders are filled.  :-)

Ha!!! I like those excuses. With three birthdays here this week, I can understand the "getting lost" concept. Have fun decorating.